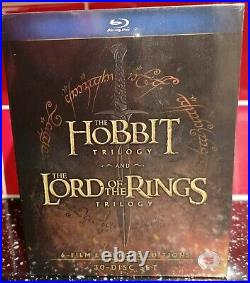 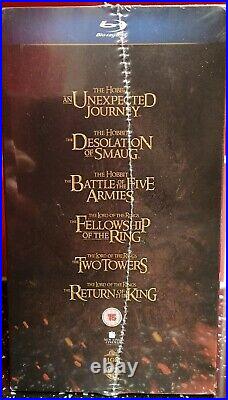 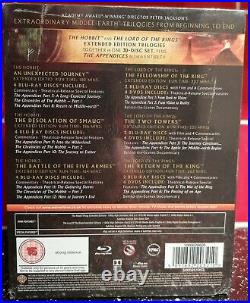 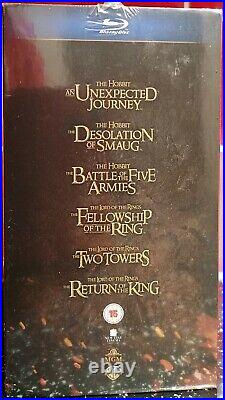 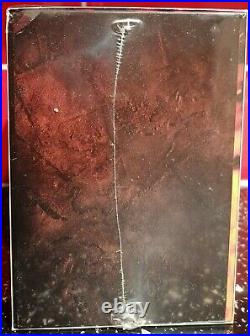 Set in Middle Earth 60 years before events in'The Lord of the Rings','The Hobbit: An Unexpected Journey' (2012) follows the adventures of hobbit Bilbo Baggins (Martin Freeman), who, at the instigation of the wizard Gandalf (Ian McKellen), suddenly finds himself co-opted into joining a company of 13 Dwarves led by Thorin Oakenshield (Richard Armitage) to help reclaim the dwarves' lost kingdom of the Lonely Mountain from the clutches of a dragon. After setting out on their quest from the safety of Bag End, the band of travellers soon find themselves pitted against a range of strange and fearsome opponents, in addition to a small, slimy creature known simply as Gollum (Andy Serkis). In'The Hobbit: The Desolation of Smaug' (2013), while Gandalf heads south on his own, Bilbo, Thorin and the dwarves enter the treacherous Mirkwood Forest on their way to the mountain.

When they reach Lake-town Bilbo has to perform the role he was assigned at the start of the quest - to find a secret door that will lead him to the lair of Smaug the dragon (voice of Benedict Cumberbatch). In the final instalment,'The Hobbit: The Battle of the Five Armies' (2014), Bilbo, Thorin and the other dwarves have unintentionally released Smaug from the Lonely Mountain and endangered the residents of Lake-town. Bilbo has to make a difficult decision when Thorin puts his desire to find the royal jewel Arkenstone before his loyalty to his friends.

Bilbo and his friends must fight for their survival as five armies meet in battle. In'The Lord of the Rings: The Fellowship of the Ring' (2001) Frodo (Elijah Wood) is a hobbit living in the Shire, a quiet, peaceful part of Middle Earth. When it turns out that his elderly relative Bilbo (Ian Holm) is harbouring the ultimate Ring of Power and the evil Nazgul riders of Sauron are coming to find it, Frodo is entrusted by wizard Gandalf to deliver the Ring out of the Shire without it falling into their hands. Frodo leaves the Shire aided by his cousins Merry (Dominic Monaghan), Pippin (Billy Boyd) and trusty friend Sam Gamgee (Sean Astin), but they soon realise that the agents of Mordor are everywhere and that their trip is far from over. Once they reach the Elvish realm of Rivendell the hobbits form part of the anti-Sauron fellowship, which includes Aragorn (Viggo Mortensen), Boromir (Sean Bean), Legolas (Orlando Bloom), Gimli (John Rhys-Davies) and Gandalf.

Together they must battle across Middle Earth to destroy the Ring by casting it into Mount Doom, the fiery chasm in the centre of Mordor. In'The Lord of the Rings: The Two Towers' (2002) the Fellowship of the Ring has now divided and Sam and Frodo are lost in the hills of Emyn Muil. They are also being followed by Gollum, a creature who promises to help them travel to Mordor. Meanwhile Aragorn, Legolas and Gimli search for the hobbits Merry and Pippin in the Kingdom of Rohan, which is currently being attacked by Saruman's orc armies. Whilst the Fellowship is not travelling together they must unite against the powerful forces coming from the Two Towers: Orthanc Tower in Isengard where Saruman has bred a deadly army of 10,000, and Sauron's fortress at Barad-dur.

Finally, in'The Lord of the Rings: The Return of the King' (2003), Gandalf manages to rally Gondor's fallen army with the help of King Theoden of Rohan (Bernard Hill) for the biggest battle in the history of Middle Earth. Meanwhile, Aragorn finally faces up to his noble responsibilities. Although outnumbered, Gandalf's army are determined to keep Sauron distracted in order to enable Frodo to complete his quest to destroy the Ring by throwing it into the fires of Mount Doom. This item is in the category "Films & TV\DVDs & Blu-rays".