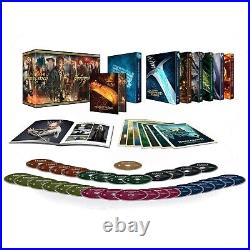 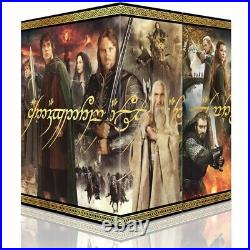 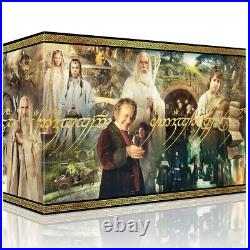 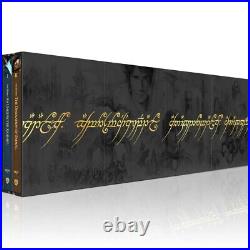 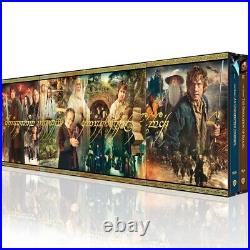 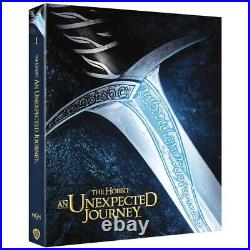 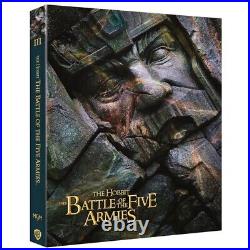 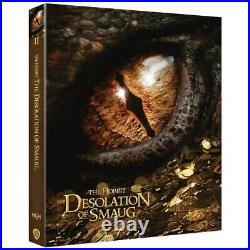 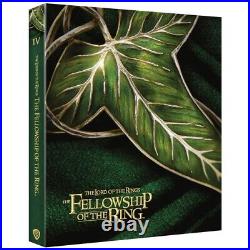 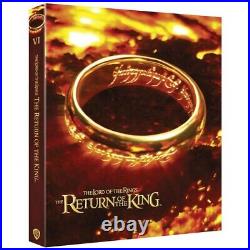 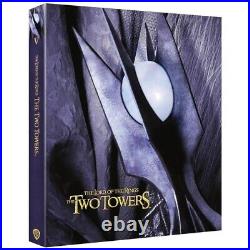 MIDDLE EARTH 6-FILM ULTIMATE COLLECT 4K ULTRA HD + Blu Ray 31 Discs. The Middle-Earth Ultimate Collector's Edition 4K Blu-ray includes all six films (and their extended versions) across director Peter Jackson's critically acclaimed The Lord of the Rings and The Hobbit trilogies, and these are packaged alongside a variety of collector's items, including a 64-page booklet, seven art cards, and a slipcase that can be displayed in multiple ways.

Once you've enjoyed The Hobbit and The Lord of the Rings extended editions in stunning high-definition quality, you can continue your journey into J. Tolkien's intricate mythology with hours of filmmaker commentary, which reveals the secrets behind the filmmaking process. The Hobbit: An Unexpected Journey (2012): Follow Bilbo Baggins (Martin Freeman), a Hobbit who - along with the Wizard Gandalf (Ian Mckellen) and 13 Dwarves, led by Thorin Oakenshield (Richard Armitage) - is swept into an epic and treacherous quest to reclaim the lost Dwarf Kingdom of Erebor. The Hobbit: The Desolation of Smaug (2013): Bilbo and the Dwarves escape the giant Spiders and Wood-elves of Mirkwood before encountering the mysterious Bard (Luke Evans), who smuggles them into Lake-town. Finally reaching the Lonely Mountain, they confront the Dragon Smaug (Benedict Cumberbatch).

The Hobbit: The Battle of the Five Armies (2014): The Dwarves of Erebor have reclaimed their homeland, but they now face the consequences of unleashing Smaug. As five great armies go to war, Bilbo fights for his life, and the races of Dwarves, Elves, and Men must unite or be destroyed. The Lord of the Rings: The Fellowship of the Ring (2001): With the help of a courageous Fellowship, Frodo (Elijah Wood) embarks on a perilous mission to destroy the legendary One Ring. The film received four Academy Awards® in 2001: Best Cinematography, Makeup, Score, and Visual Effects. The Lord of the Rings: The Two Towers (2002): In the middle chapter of this historic movie trilogy, the Fellowship is broken, but its quest to destroy the One Ring continues. The film received two Academy Awards®: Best Sound Editing and Visual Effects. The Lord of the Rings: The Return of the King (2003): The final battle for Middle-earth begins. Frodo and Sam (Sean Astin), led by Gollum (Andy Serkis), continue their dangerous mission towards the fires of Mount Doom in order to destroy the One Ring. The film received 11 Academy Awards® in 2003: Best Picture, Director (Peter Jackson), Adapted Screenplay, Art Direction / Set Direction, Costume Design, Editing, Makeup, Score, Original Song (Into the West), Sound Mixing, and Visual Effects. Alamo Drafthouse The Lord of the Rings Cast Reunions. To honour the 20th anniversary of The Lord of the Rings trilogy, Alamo Drafthouse reunited Middle-earth's finest for three special conversations hosted by Stephen Colbert. Festival De Cannes Presentation Reel. 31 Discs: theatrical and extended versions of all 6 films with filmmaker commentaries on Blu-ray. The Hobbit Trilogy: An Unexpected Journey, The Desolation of Smaug, The Battle of the Five Armies.

The Lord of the Rings Trilogy : The Fellowship of the Ring, The Two Towers, The Return of the King. 64-page Booklet of Costume Sketches, Photography, and Production Notes.

The seller is "worldwidebargainbuys" and is located in this country: GB. This item can be shipped to all countries in Europe, United States, Japan, Canada.