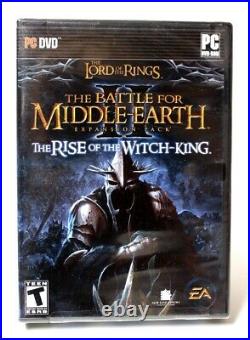 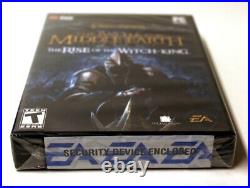 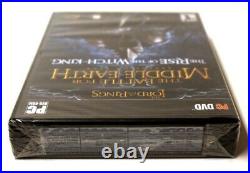 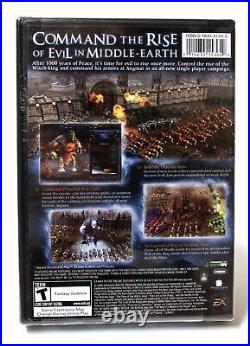 The shrink-wrap has a little faint surface shelf wear. Please Note: Lord of The Rings Battle For Middle Earth II game is REQUIRED to play this Expansion Pack.

Product Information Experience a time before Frodo, Bilbo, and Gandalf in the "Lord of the Rings: Battle for Middle-earth II - The Rise of the Witch-king" PC video game. Set in a time before the films took place, The Battle for Middle earth allows players to experience epic battles while witnessing the Witch-king's rise to power. Instead of navigating Aragorn, Gimli, and Legolas to victory, gamers get to experience the evil side by playing as the all-new Angmar faction.

The Angmar come with two types of trolls - hill trolls and snow trolls - along with a variety of units including dire wolves, Black Numenoreans, and the Dark Dunedain. The revamped War of the Ring mode includes new army persistence and the ability to build units in Battle Phase skirmishes and then carry them over onto the Living World map, which allows you to deploy them in other territories. This item is in the category "Video Games & Consoles\Video Games".