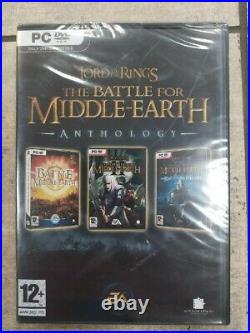 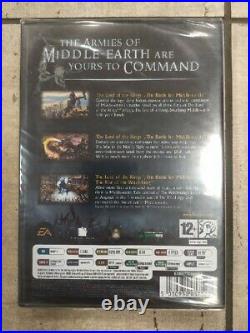 For a birthday or for a fan of the series. The games have always been stored on clean shelves, protected from dust and harmful solar radiation that could cause the colors on the boxes to fade. The boxes were always stacked upright on the racks with little gaps between the boxes, and were not squeezed or stacked on top of each other. The room for storing collectible games has been properly prepared: slightly cooled in summer, slightly heated in winter, always sheltered from the sun and often ventilated, protected with insect nets. It has never been smoked or eaten indoors, which reduces the absorption of odors by the game boxes.

Any minor damage visible on some boxes was made before I bought them for my collection. At the customer's request, I can send more detailed photos of the boxes or their contents. The ordered games will be safely packed for transport. Big boxes / mini boxes / collector's editions / steelbooks will be filled with bubble wrap inside to limit the movement of their contents (used games).

The outer side of the box will also be wrapped with several layers of bubble wrap and additionally packed in a larger rigid cardboard box, which will prevent the games from being crushed during transport under the weight of other packages. Often times, DVD boxes only need to be packed in a bubble envelope with an extra sheet of foil inside the box. All packages are insured and marked with a "do not throw" sticker. Most of the game editions on this account are completely unique on a global scale. Not available for several or even several years in any store / pawnshop.

My offers are aimed at collectors who have been looking for their sentimental game for many months or years to put it on the shelf in their collection. The prices of editions defined as collector's items are not low, but of course it is influenced by very low or even no availability of a given edition, the time spent on searching for them, appropriate storage conditions for several years and of course the fact that such editions are from month to month and years are worth more and more and more and more sought after, becoming more and more unique, which makes them a good investment for the future. Become fully immersed in the Lord of the Rings: The Battle for Middle-earth Anthology for PC. Lead armies into battle and command troops comprised of soldiers and mythical creatures. Choose whether to fight for good or evil and pick a force to lead, such as Sauron's army or the Riders of Rohan. Build bases, manage resources, and learn the different playing styles. Get a change of scenery in the Misty Mountains or Mirkwood, and customize your hero. As the Witch-king rises to power, embark on a journey in Middle-earth in a single-player campaign. Released for PC gaming in 2007, this set of real-time strategy games from EA is a must for all Tolkien fans.

The item "Lord of the Rings The Battle for Middle-earth Anthology PC Brand New Factory" is in sale since Saturday, February 27, 2021. This item is in the category "Video Games & Consoles\Video Games".

The seller is "p_kuchcik" and is located in Wyszków. This item can be shipped worldwide.